The basis of SGP is laid down in the laws of thermodynamics. These say that a system strives for minimum energy and maximum entropy. The pursuit of minimal energy is seen in the normal world as apples falling from the tree. Entropy is sometimes referred to as 'disorder': particles tend to spread out over as large a volume as possible. In itself, ordinary mixing of fresh and salt water hardly releases any heat; it is mainly the entropy that increases dramatically. The salt particles of seawater can be compared to a gas trapped under a pressure of 25 bar (atmosphere). The salt, with the strength of a gas, wants to expand and electrical energy can be generated from it, but this requires technical facilities. Translated with www.DeepL.com/Translator (free version) 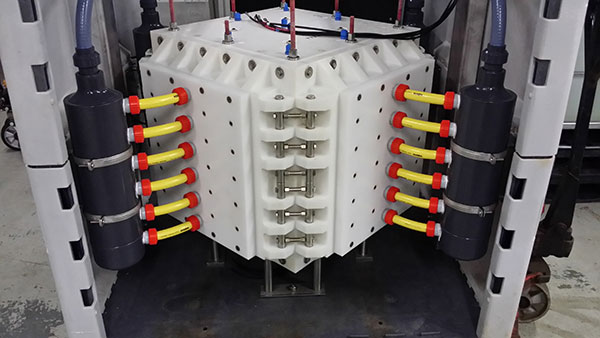